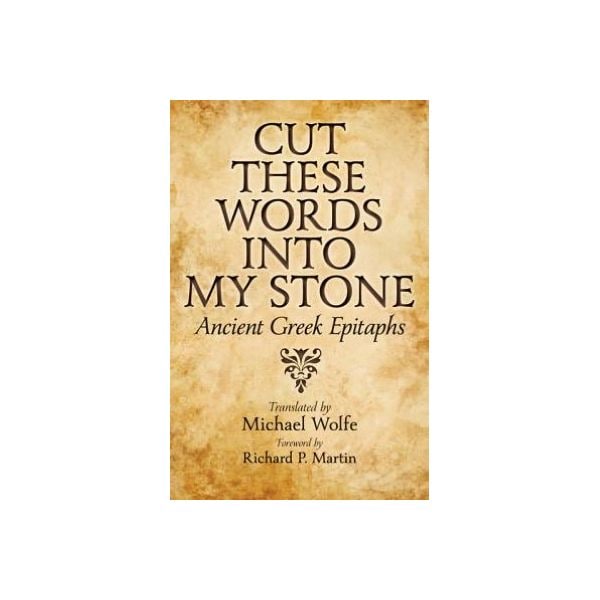 Cut These Words into My Stone

"Cut These Words into My Stone" offers evidence that ancient Greek life was not only celebrated in great heroic epics, but was also commemorated in hundreds of artfully composed verse epitaphs. They have been preserved in anthologies and gleaned from weathered headstones. Three-year-old Archianax, playing near a well, was drawn down by his own silent reflection. His mother, afraid he had no breath left, hauled him back up wringing wet. He had a little. He didn't taint the nymphs' deep home. He dozed off in her lap. He's sleeping still. These words, translated from the original Greek by poet and filmmaker Michael Wolfe, mark the passing of a child who died roughly 2,000 years ago. Ancient Greek epitaphs honor the lives, and often describe the deaths, of a rich cross section of Greek society, including people of all ages and classes- paupers, fishermen, tyrants, virgins, drunks, foot soldiers, generals - and some non-people-horses, dolphins, and insects. With brief commentary and notes, this bilingual collection of 127 short, witty, and often tender epigrams spans 1,000 years of the written word. "Cut These Words into My Stone" provides an engaging introduction to this corner of classical literature that continues to speak eloquently in our time.